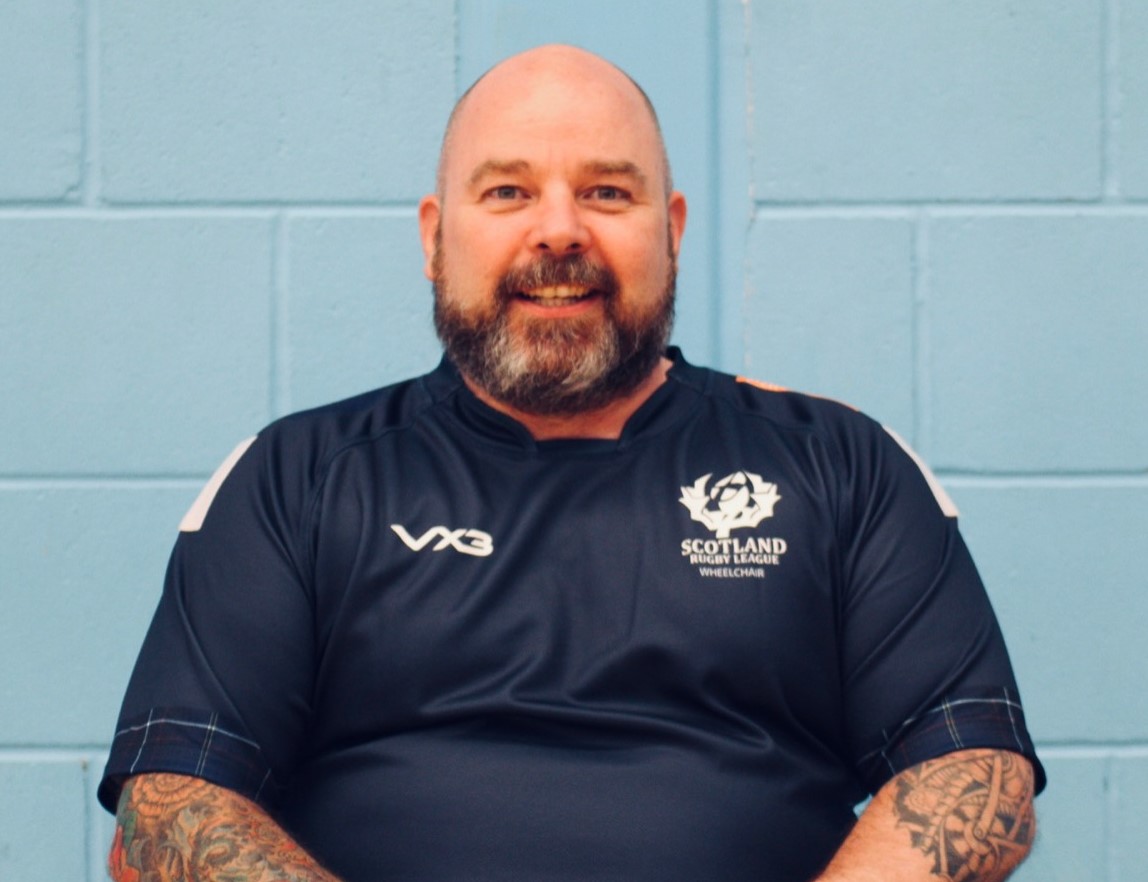 Born in Akrotiri, Cyprus Dave qualifies through his Grandfather who was born in Fife.

Dave has played rugby since he was 8 years old and has played for several civilian and, while serving in the Royal Air Force, military teams including Eastbourne, Hook, Weston-super-Mare, Yatton, RAF Locking, RAF Odiham and RAF Akrotiri. But Dave was a have boots will travel player and he would try and get games for any club where he might be located on a weekend.

While attending a trial to play for the RAF Cyprus team Dave injured his neck in a scrum, with 2 prolapse discs pushing on his spinal cord and nerve. This caused weakness and pain row  the right side of his upper body and this has gradually got worse as time has gone on. Dave also needs a knee replacement after a snapped ACL in his early 20s was never repaired. These injuries forced him to stop playing rugby.

Introduced to wheelchair rugby at a Help For Heroes taster session, Dave went on to represent the UK at the 2019 Warrior Games and is due to compete at the rescheduled 2022 Invictus Games at the Hague. Whilst at the Warrior Games he was introduced wheelchair rugby league by fellow Scotland international John Willans a d made his debut at the 2019 Tri Nations held in Wrexham.