Scotland Nines Head Coach Nathan Graham has named Matt Hogg captain for the Commonwealth Under 23 Nines Championships to be held in Moreton Bay near Brisbane in February.

Hogg, who comes from North Berwick on the east coast of Scotland, plays for Edinburgh Eagles and Newcastle University. He has played nine times for the Scotland U19s and was a key player during the successful Student World Cup campaign in Sydney in July 2017 where Graham was also the Head Coach.  Hogg was voted the Scotland Students Player of the Year by Graham and the rest of the management team. He will captain a Scotland team for the second year in a row having successfully captained the U19s to three wins out of 4 fixtures in 2017.

“I’m hugely honoured and excited to captain the team at such a prestigious tournament. I’ve had some experience of being captain in the Scotland set up with the U19s but this opportunity is the highlight of my rugby career so far.

I’m now just excited to meet up with the squad and get stuck into our preparation and pulling on the Scotland jersey in the tournament. Considering I only started playing rugby league 2 years ago, I’m very proud of what I’ve achieved and it just shows that if you put the effort in and are willing to learn you’ll get the rewards and I hope that the tremendous experiences that I have had so far playing rugby league for Scotland acts as an inspiration to more young rugby players in Scotland to give rugby league a go.

If you are good enough, work hard enough, care enough and are prepared to learn from some great coaches and staff, you can have some great experiences.” 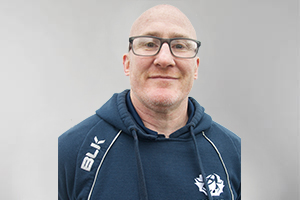 “Matt has been highly committed to Scotland rugby league having come through the youth development days and playing U19s and Student rugby. During the Student World Cup I thought he  was one of our standout performers. He has developed well and has added a running threat to his game to go with his kicking and organisational abilities. At 20 he has a mature head on his shoulders and I know he will lead the squad with passion and pride.”