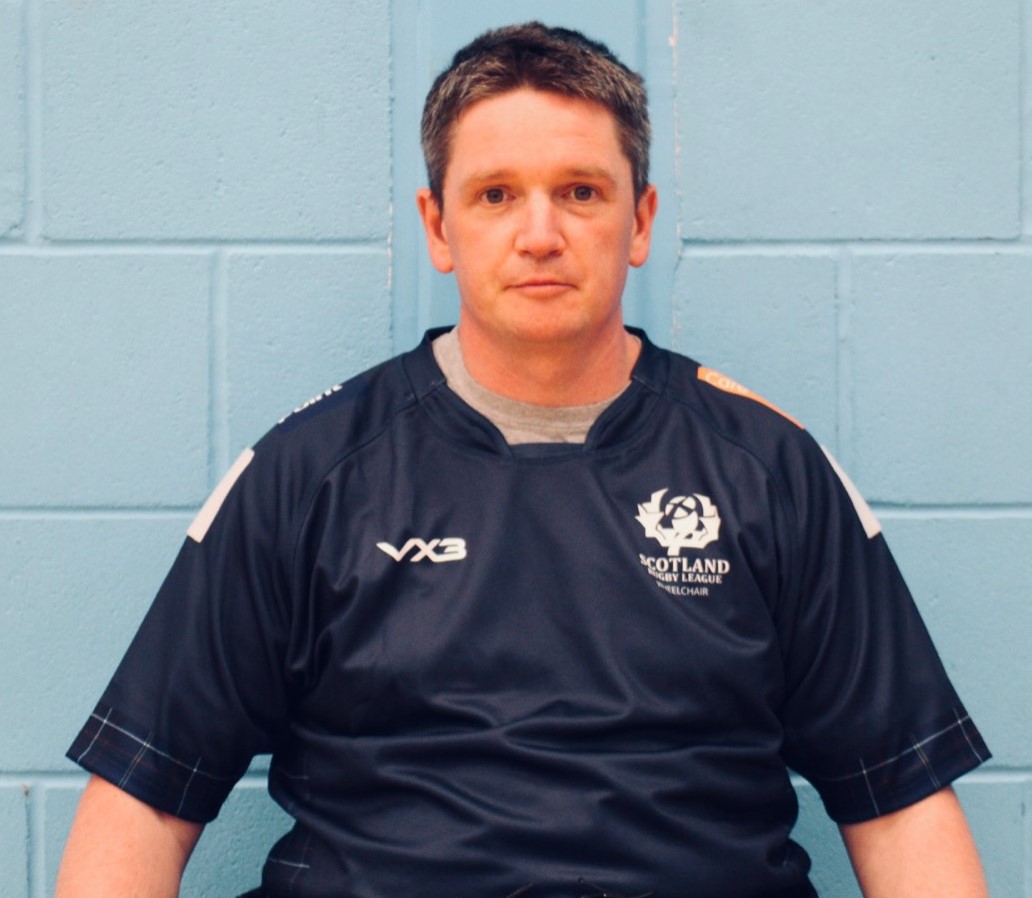 Born in Bridgend, S.Wales, Pete qualifies through his father, Wilson Lauder, who was born in Glenrothes, Fife, and also played for Scotland RFU during the 70’s gaining 18 caps.

Coming from Wales he was introduced to rugby whilst at primary school and continued playing there until he joined the RAF. In the RAF, he played for a number of military and civilian clubs, such as RAF Marham, RAF Brampton, RAF Chicksands, RAF N.Luffenham, Swaffham, and West Norfolk.

Due to various injuries, he retired from playing rugby in 2009, where he undertook his Referee course and continued in the sport, refereeing both military and civilian matches until 2014.

His rugby career effectively ended at this point when he was diagnosed with a labral tear of the left hip, which required a hip resurface. With complications, and not allowed to do any impact sports, he was introduced to Adaptive sports via Help for Heroes and took up competitive swimming. However, suffering a hip fracture in 2019, he underwent a full hip replacement in Jan 20, and still suffers with nerve damage and loss of feeling in portions of the leg.

Continuing with Adaptive sports he was selected to represent the UK at the DoD Warrior Games in 2017, competing in swimming and new sports of Sitting Volleyball and Wheelchair Basketball. Competing in many Wheelchair basketball matches and trials for the Invictus Games, he was introduced to Wheelchair Rugby league by fellow Scottish international John Willans.

Although there are no teams near his hometown, Pete is still actively training and learning the nuances of the new sport, in the hope of making the team at both the Tri-nations and Rugby league World Cup. Whilts also a member of the Mens GB Sitting Volleyball team.