The eyes of the sporting world will be on Australia, New Zealand and Papua New Guinea as fourteen teams contest the Rugby League World Cup 2017 (RLWC2017) from 27 October to 2 December 2017.

The RLWC2017 will be the most competitive tournament since its inception in 1954, and due to recent changes in the eligibility rules, teams that haven’t been considered serious contenders in the past will present a real threat.

During this weekend’s internationals, where eight teams playing in the RLWC2017 are competing in fixtures (Australia, England, Fiji, Lebanon, New Zealand, Papua New Guinea, Tonga and Samoa), the tournament’s advertising campaign “The World’s Best Are Coming” will premiere on television screens across Australia and New Zealand, and via the RLWC2017 social media channels.

The campaign devised by the tournament’s Creative Agency, Clemenger BBDO Sydney, centres around the notion that every single world class athlete on the planet was, at one time or another, a nobody.  The campaign champions these players who, despite their unrecognizability, have the potential to surprise and upset the historically dominant countries.

“With the continued growth of the international game over recent years and changes in the eligibility rules, this will be the most competitive Rugby League World Cup ever, featuring more of the world’s best players than ever before.”

Andrew Hill, RLWC2017 CEO said:  “The domination of the ‘Big 3’ in Australia, New Zealand and England is now under threat from teams who may not feature household names, but are represented by highly skilled players with the same ambition, pride and desire as the known superstars of the game. 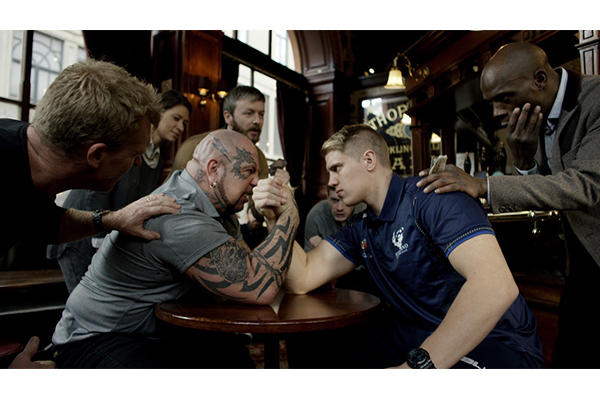 “This will be the World Cup where those players you don’t know will surprise you, and fans should expect the unexpected when attending what will be the best ever Rugby League World Cup.”

A second commercial has been made for use in the New Zealand marketplace, to arouse national pride as the Kiwis play their three pool games at home, as well as a potential quarter and semi-final.

“This year’s Rugby League World Cup will be the biggest rugby league event to ever be staged in New Zealand and will also be the first time the Kiwis have played on home since 2014,” continued Hill

“New Zealanders are extremely patriotic and we wanted a campaign that tapped into this pride and galvanized the nation to get behind the Kiwis as they aim to claim just their second World Cup title.”